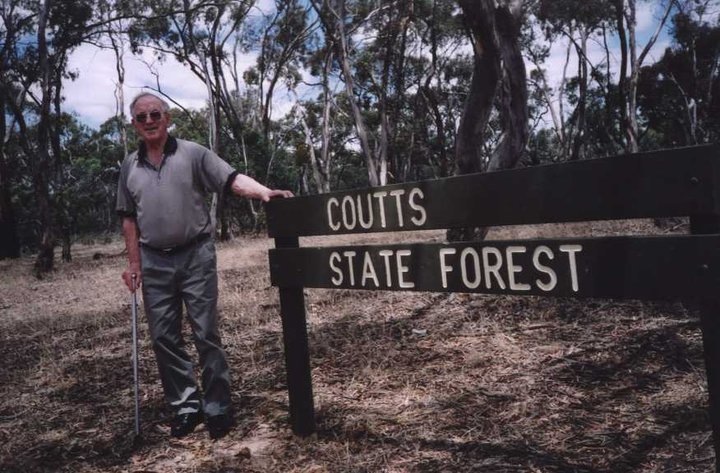 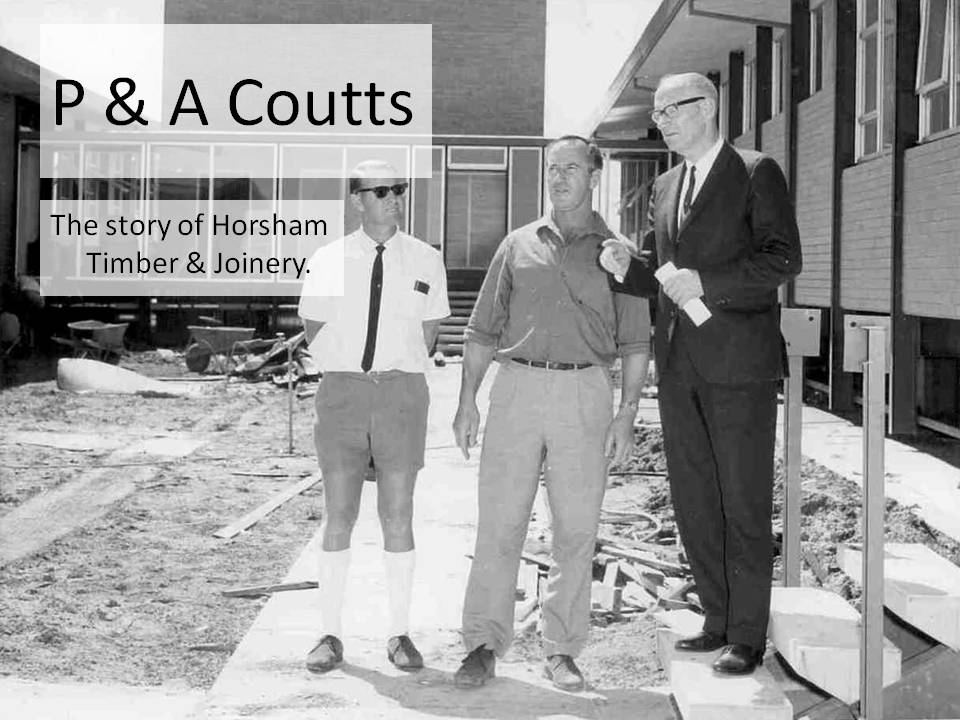 Owner of P & A Coutts/Horsham Timber & Joinery (1951-82). Perc Coutts and ran a significant construction company from the 1950's until 1982 and employed upwards of 150 men at any one time to build hospitals, churches, civic buildings and hotels.

P&A Coutts built from Bordertown to Bendigo and Mildura to Warrnambool from 1951 to 1982 including Lyndoch in Warrnambool and  sections of Monivae College, and perhaps the High School, in Hamilton together with some work in Portland. Perc was later a farmer bred cattle around Mount Arapiles and Edenhope.

Perc was a returned soldier serving in PNG in WW2 as did his brother Lee (T J Coutts from Ballarat) who served as an anti-aircraft gunner in the Middle East. Lee was the President of Legacy in Ballarat for many years. Perc served with the38th Btn, the same in which as his father, Perc Senior,  served in WW1.  Perc was born 12 September 1923 and passed away in 2007. Click here for an excellent history of Perc's life and family.

Perc’s son Gerard continues the family ‘s proud tradition in the building industry with a successful architecture and planning practice in Melbourne.

Gerard’s great great grandfather, Richard Coutts came to the Ballarat Gold Fields in 1854 from Kincardine on Forth and settled in the Wimmera. Due to the reliable Kirk Session records the family has been traced with some accuracy to 1670.