Colonel Coutts was born in Glenolden, Pennsylvania on July 20, 1909, the son of James Coutts and Elizabeth Malloch Kneedler. He graduated from the United States Military Academy in 1932 with a Bachelor of Science degree. His education continued in the military with attendance at the Infantry School from which he graduated in 1937, the Command and General Staff School in 1942, Army War College in 1951, and Com­mand Management School in 1956.

When Coutts graduated from the Academy in 1932, America was at the bottom of its deepest depression. The Army that young Li. Coutts was commissioned into was a small professional, spit and polish gentlemen's club where brown leather was the order of the day. Lt. Coutts stated that he ranked 20th in his class-"20th from the bottom." "I was dead last in my class in chemistry and electricity one year." One area that he excelled in, however, was horsemanship. In those days when the cavalry was still relatively high in the military scene, "Lou", as he was known, ranked second in his class. Fort Hays, Ohio, was his first military post, and as a newly classified 2nd Lt., he took home the magnificent sum of $118.20 monthly.

He met his wife to be on the US Army Transport Republic en route to Honolulu T.H., and on June Il, 1938, Mary Ordway Wickham became Mrs. James Winfield Coutts. Blessed with a marriage that has now lasted 52 years, the Coutts' have three children, Kathleen Wickham, Mary Malloch and James Allen.

In 1940 he volunteered for the paratroopers in the 501st Parachute infantry and was transferred to Fort Benning. He made his first jump on Nov. 19, 1940 and had over 100 under his belt before he hung up his trooper's boots. Then, as now, paratroopers were all volunteers. As a company commander, he and his troops would "get up in the morning, put on a pack, and get our rifles and double time for two miles". He spent much of 1942 and 1943 as the airborne advisor to General Eisenhower and his staff which was planning the impending invasion of France. Coutts, who said he was sent to England to promote the idea of using airborne troops in the landings, drew up a plan which he said was "pretty close" to the one actually used on June 6, 1944. "I wasn't a genius-a lot of other people were saying the same thing".

He was Regimental Commander of the 513th Parachute Infantry Regiment during both the Battle of the Bulge and the Operation Varsity campaigns. He remembers vividly the havoc the cold weather played with his troops in the Ardennes. And he remembers with better spirit how the 513th captured 1200 prisoners in one day during the breakout from the Ruhr bridgehead. He was wounded for the second time one month before the end of the war, and spent two months at a hospital in Chalons sur Marne, France.

Among the General's decorations and awards are the Silver Star, Legion of Merit with oak leaf cluster, Bronze Star, Purple Heart, Combat Infantry Badge, Master Parachutist badge, Presidental Citation, French Fouragère and the Korean Taeguk medal. Many honors have come his way, but he is quick to remark that these honors, particularly those earned on the battlefields of France, Belgium, Luxembourg, and Germany, were earned not by him alone, but by ail the brave young men who he had the honor of commanding in the 513th Parachute Infantry Regiment of the 17th Airborne Division.

In 1946-47 he was chief of staff of the 82nd Airborne Division and had many other very important line and staff assignments until he retired in 1962 from the military. Upon retirement, he and his family established a home in San Francisco, where he became General Manager of the Retail Dry Goods Association of San Francisco, and a member of the Board of Directors of a number of organizations, including Junior Achievement and the Convention and Visitors Bureau. He has co-authored a number of articles on military themes, among them one on parachutist injuries. Gen. Coutts once again retired in 1972, and moved back to his wife's home town of Kennett, Mo., where they now live in a comfortable white house that was built in 1892 by Mrs. Coutts' grandfather.

"Lou" has been a regular attendee, along with his wife, at our 17th Airborne reunions, and has been a speaker at our banquets and memorial services a number of times. We are proud to salute at this time, Brig. General "Lou" Coutts, a leader of, and an inspiration to, ail Airborne Troopers.

HIS DIARY entry for 29 October, 1943, is deceptively brief and betrays no hint of his heroism. After recording a short hand-to-hand fight during a daytime recce, the young soldier added: “Night patrol. Cpl McIntyre killed.

Close fighting again.” What 21-year-old Lieutenant David Coutts failed to divulge was the full extent of his valour that night in Spinete, near Campobasso, southern Italy.

Having discovered the location and strength of an enemy party during the day, he returned by night, leading his fighting patrol in a bid to “clean up” the enemy. Despite the area being strongly held and the foe alert and armed with three machine guns, he killed three of the enemy fighters before pulling his patrol away, covering its withdrawal himself.

It was undoubtedly an audacious, well-planned attack but it apparently became just another grim episode, noted with his usual understatement, in his wartime log.

It was not until two months later, when he had reached Sorbello north of Naples, that a modest Coutts realised the significance of the incident and allowed his feelings to escape, writing: “Shaken to the core when I was called to the orderly room and told I had been awarded the Military Cross.”

His actions had been recognised with one of the highest honours for exemplary gallantry in the face of the enemy, the citation stating: “His resolute, bold and clear-headed action produced the information which enabled the Arty [sic] to neutralise the locality the next morning thereby greatly assisting the operations of the leading unit of the Brigade.”

Coutts, who was later wounded but returned to the fighting and went on to become a Territorial Army major, was an official battalion diarist whose fascinating handwritten log can still be seen in London, at the National Archives, at Kew.

He was born in Monifieth, the elder of two boys whose father, a captain in the Gordon Highlanders, had gone to fight in the First World War, aged 20, and been wounded at the Somme. Their father never spoke of his experiences and Coutts said, as a result: “I could never conjure up an image of it at all.”

That was all to change when, after being educated at Daniel Stewart’s College in Edinburgh, he too ended up going to war aged 20. He left school at 16, with no qualifications, because he wanted “to grow up”, and worked as a junior clerk for Norwich Union, studying English, maths, French and history at night school.

He joined the Officer Training Corps as a cadet in 1938 and, after the Second World War broke out, was promoted to sergeant at the age of 18, responsible for training other teenage soldiers.

In 1941, he joined the Royal Fusiliers and was commissioned as a second lieutenant in the 2nd Battalion. The following year he was shipped to Madagascar to take part in the invasion of the island. His diary entry for 5 May, 1942, recorded their landing: “Horrid moments in rough sea when we were machine-gunned by French planes. Also when the LCAs [landing craft assaults] couldn’t get into the beach for rocks and we had to swim for it.”

The assault was successful but Coutts caught malaria before sailing to India, on by train to Burma and then to Persia and Palestine. He landed in Sicily in July 1943, then fought his way up through mainland Italy.

He took command of a newly-formed fighting patrol and began training them less than three weeks before the action for which he was awarded the Military Cross. His battalion had only taken over from the Canadians at Spinete 24 hours before his courageous attack and he was out on night patrol again the next day as the relentless task continued. His log for October 31 summed up the grim reality. Viewed almost 70 years on there is undeniable pathos in the entry: “Put cross on McIntyre’s grave.”

Most of his platoon were killed or wounded in January 1944. He suffered a mine wound to the forehead but recovered to take over the battalion less than a month later. By the end of the war the regiment had gone from 1,000 men to just 200.

He married his wife Marion during leave in September 1945 and finished his service on peacekeeping duties in Germany, being demobbed with the rank of captain in August 1946.

He resumed work at Norwich Union in Edinburgh, having turned down the offer of a regular commission, and in 1959 promotion took him to Kent, then Leicester in 1965. He returned to Edinburgh in 1974, a few months after his wife died of leukaemia, and married his second wife, Alison, the following year.

Coutts retired as manager of Norwich Union in the capital, in 1981 and moved to Gatehouse of Fleet, Kirkcudbrightshire, where he enjoyed golf – he scored two holes-in-one – snooker and his family, while quietly supporting friends and acquaintances who were unwell or lonely.

Having joined the TA soon after the war and received the Territorial Decoration for long service in 1962, he valued maintaining both contact with the life he had known as a young man and the friends he made during the war, who included the author Angus McVicar.

His love of writing and recording events also remained with him from that time and he was a prodigious correspondent. He kept up with contacts around the world, his letters often followed by personal visits made by sea to America and South Africa, particularly after he was widowed again in 1989.

He did not fly but preferred to take the long way round: a six-week mail boat journey to St Helena via Ascension, or two and a half weeks on a container ship. One of those who regularly visited him was a retired cargo ship captain on whose vessel he had travelled to revisit his experiences in Palestine.

Though he spoke little of his wartime exploits, their legacy was his determination to appreciate life and take each day as it came. Aptly, his funeral service was held 68 years to the day since his bravery in battle won him the Military Cross.

He is survived by his daughter Joan, stepsons David and Alan, six grandchildren and two great-grandchildren.

Donald Dunbar Coutts MBE DSO VRD  was in a unique position as a frontline infantry battalion's Regimental Medical Officer (RMO), for his aim was to save life, rather than take it. He served with typical professionalism and dedication and won the DSO for his enduring courage whilst treating wounded men under fire. This book is based on the war diary, frontline experience and life of 'Pom' Coutts and the officers and men of his beloved 24th Infantry Battalion, (part of the 6th Brigade, 2nd Australian Division). 'The 24th' fought at Pozieres on the Somme in 1916, Passchendaele in 1917 and in 1918 was 'in the thick of it' throughout. It held firm against the German offensives, was at Le Hamel on 4 July and then played leading roles at Amiens on 8 August, Mont St. Quentin in September and finally at Beaurevoir and Montbrehain in October. Donald Coutts was on hand to play a crucial part in those events and record them from his unique point of view in his diary. For many decades his narrative was confined to his immediate family and close friends, but now, with their blessing, the story and example set by this ordinary man who became a reluctant, though extraordinary hero is published for all to read. 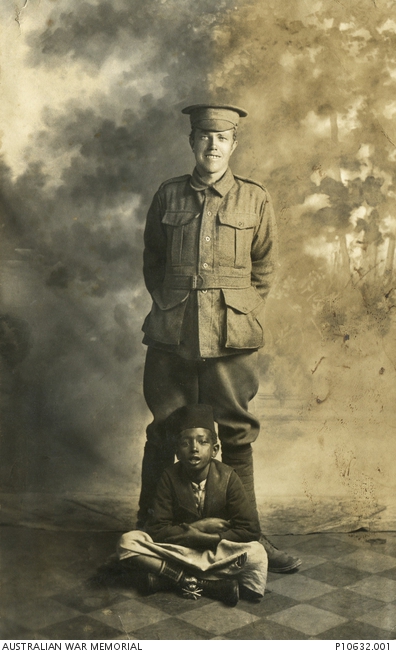