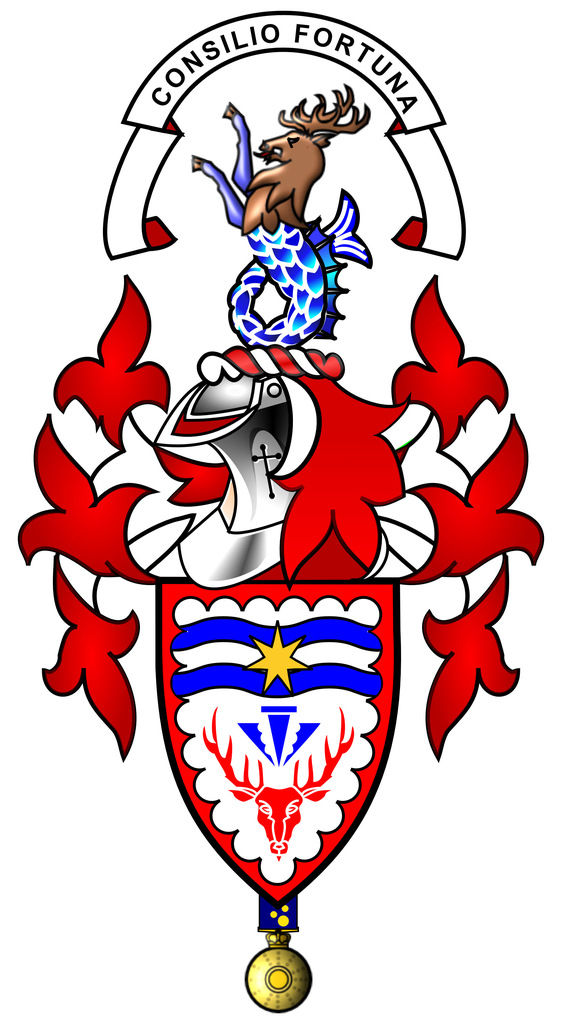 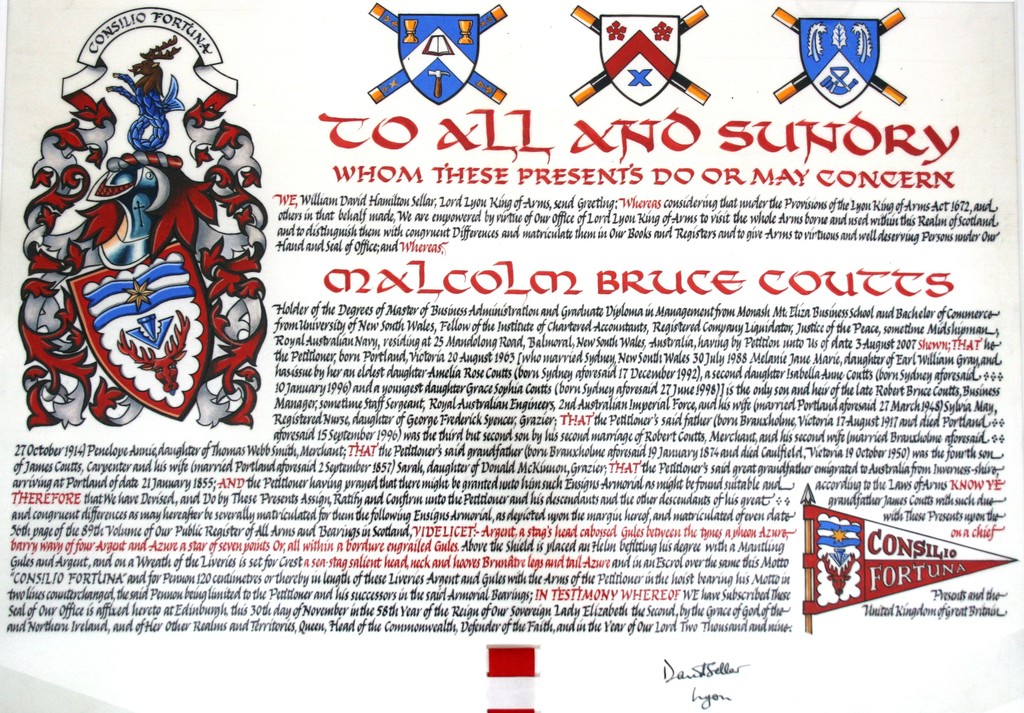 Argent, a stag’s head caboshed Gules between the tynes a pheon Azure on a chief barry wavy of four Argent and Azure a star of seven points Or, all within a bordure engrailed Gules

120 centimetres or thereby in length of these liveries Argent and Gules with the Arms of the petitioner in the hoist bearing his Motto in two line counterchanged,

The Grant included a destination to the descendants of James Coutts, Kirkmichael, Banffshire, his great grandfather and the first to emigrate to Australia.

The design follows the traditional Coutts’ Charge with additional elements reflecting the similar experiences of Malcolm and James. The stags-head reflects the Scottish highlands and the Australia bush which the Coutts both farmed. The pheon suggests the long involvement of family members serving overseas in Empire and Commonwealth campaigns

The barry wavy bordure represents the seas over which James successfully travelled and  which the armiger served and competed on. The Commonwealth Star is found on the flag of Australia. Its inclusion recognises the family’s early pioneering heritage in Victoria and service to country.The bordure engrailed indicates the first son of the second son of the fourth son of James Coutts. These elements are again repeated in the Pennon’

The sea-stag Crest is a very rare design in personal heraldry and echoes the pioneering and nautical elements of the charge.

The Motto, “You make your Luck” implies that success is achieved from planning, application and discipline, not good fortune. The Insignia the Order of Australia was added after the armigers appointment on January 26th, 2010.