We have been provided 2 family histories that contain very similar information but differ over the first generation. The first few generations of each are below and fuller details are  linked. If it is teh first mentioned William there is some chance he was captured at Culloden as the name and dates align 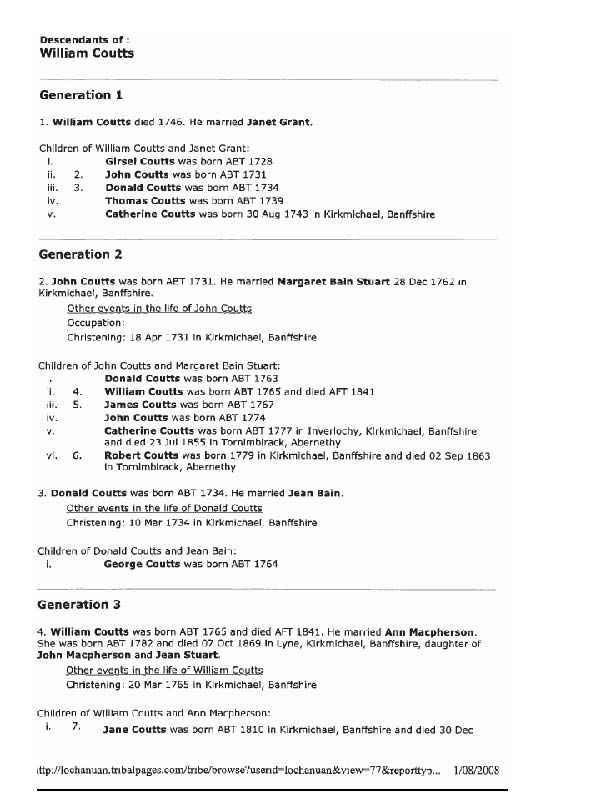 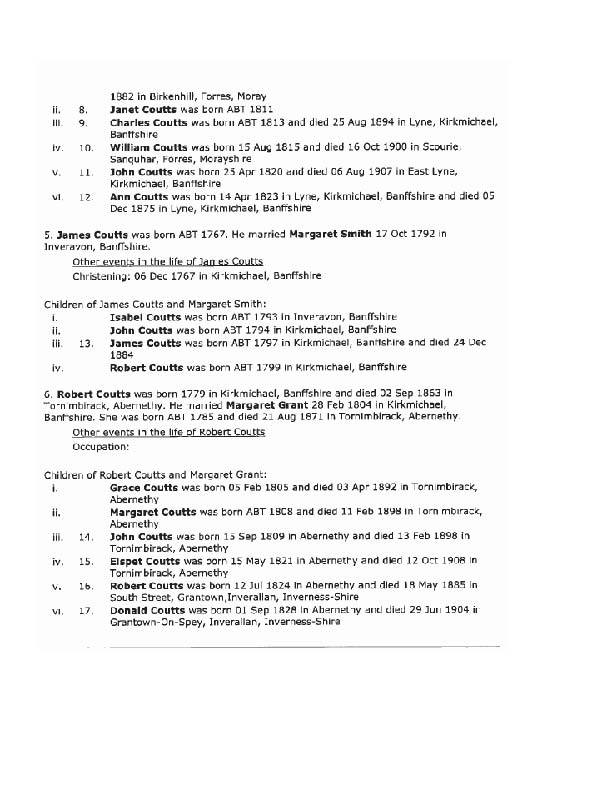 A Professional Research Report for a partial group of descendants is available at:

Tomintoul is the only village in the parish. It is situated about 5 miles south of the parish church. It was commenced in the year 1750, and now contains a population of 530. It has five markets held annually in it. There is no system of police established. The villagers subsist chiefly on the produce of their tenements and the small lots of land they which they rent from the heritor. The average quantity of land attached to each tenement is about two acres. There are 120 tenements, and 143 families, 56 of the families occupy all the land.... There is no branch of trade or manufacture established in the village, and the lots of land are too small for the comfortable maintenance of those who occupy them. There are 87 families depending on handicraft, trade or on their industry as common labourers, or on charity for their maintenance. The site of the village was a bleak and barren moor previous to its erection in 1750, and still from its exposed situation, and having no wood near it, it presents a bleak and barren aspect. It is the highest in elevation above the sea, and probably the farthest distant from the sea of any village in Scotland of the same extent and population.

(Contributed in April, 1842,
by the Rev. Charles Macpherson, Minister of Tomintoul,
to The New Statistical Account of Scotland, Vol. XIII) 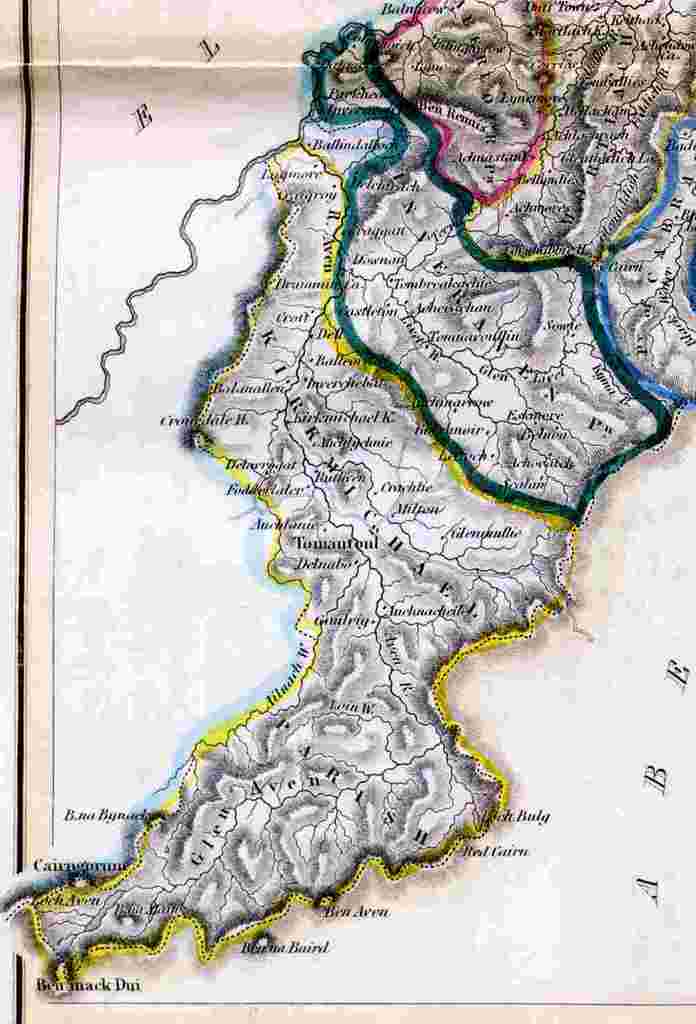