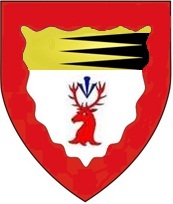 was a giant of a man in every way, a son of the manse who became a much-loved leader of men wherever he went. He started his career as a London "bobby" on the beat but became a career soldier and war hero with the King's Own Scottish Borderers. After the war he played as a second-row forward for Scotland at Murrayfield and Twickenham, as well as for the Barbarians, before being elected president of the Scottish Rugby Union in the late 1970s.

Before his retirement from the army in 1973, "the Brig", as he was widely known, held several of the most senior Scottish commands in the army – chief of staff Scottish Command, divisional brigadier Scottish Division and commander Highland area. Thereafter, he dedicated himself to his other passio 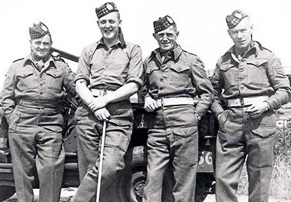 n, rugby, but also to the welfare of his fellow ex-servicemen, notably as joint general-secretary of the Royal British Legion and the Earl Haig Fund from 1973-83 and subsequently as a dedicated fundraiser for them, for the Sea-gull Trust (providing canal trips for the aged and disabled), the Gurkha Welfare Trust, Erskine (care homes for veterans) and various other charities until his death.

Although he was a Glaswegian by birth, his family moved to Melrose when he was a teenager and he became a lifelong Borderer at heart, staunchly supporting Melrose RFC and fighting alongside, then leading, his fellow "Jocks" – the infantrymen of the KOSB, who often described him as "a soldier's soldier".

Francis Henderson Coutts was one of six children (five of them boys) of Wee Free minister Rev Jack Coutts. From 1926-36, Frank attended Glasgow Academy, where, he said, "rugby football was the second religion". He also learned the pipes. (One of his brothers would become Sir Walter Coutts, the last British governor of Uganda before independence, while another, Ben, became a well-known Highland farmer and BBC broadcaster.)

In 1937, Coutts was accepted into the Metropolitan Police, ultimately pounding the beat in Belgravia and Knightsbridge, including directing traffic and helping kiddies cross the road from school – all for 3.30 a week (and you bought your own boots). In his memoir One Blue Bonnet (1991), he recalled guarding the route to Westminster Abbey for the coronation of King George VI on 12 May, 1937, and bashing unruly fascist supporters of Oswald Mosley with his truncheon.

When war broke out, and the KOSB initially claimed they didn't have enough rifles for any more conscripts, Coutts enlisted with the 2nd Battalion of the London Scottish, then acting as an anti-invasion unit, guarding aerodromes in southern England, and often travelling by bike. He was once billeted in Roedean, the prestigious girls' school, where each dorm had a bell which said "ring if you need a mistress in the night". The excited soldiers' ringing "sadly brought no response", he wrote.

In June 1941, after finally being accepted into the 4th (Border) Battalion, King's Own Scottish Borderers, part of the 52nd Lowland Division, Coutts and his fellow soldiers itched to take on Hitler's army. On 1 November, 1944, he commanded an an

ti-tank platoon as 4 KOSB landed on the narrow Uncle Beach in Flushing, the Netherlands. It was part of a massive push towards Germany to back up the troops who had broken out of Normandy.

In his memoir, Coutts recalls house-to-house and hand-to-hand fighting as the assault force pushed through the Netherlands and eventually into Germany. He and the KOSB's 52nd Lowland Division were the first British troops on German soil and the first into Bremen after its devastation by Bomber Command. As it turned out, Coutts didn't make it to Berlin until years later, in 1958, when he was sent to keep an eye on the Soviet sector and provide guards for Rudolf Hess in Spandau prison.

Coutts took a regular army commission in 1946, fitting in as much rugby as possible. That same year, though international rugby had not yet been officially resumed after the war, he played in a magnificent 27-0 victory over England at Murrayfield. On 1 January, 1947, in the first official post-war Five Nations match, he was only a reserve but was honoured to pipe his team on to the field at the Colombes stadium, Paris, only to see them succumb 3-8.

On 15 March, 1947, he played at Twickenham as the Scots lost 5-24 to England in freezing conditions. Between 1946 and 1948, Coutts was also selected eight time for "the Ba-Baas" – the Barbarians. "It wasn't namby-pamby, either," he wrote. "In 1946, I lost a front tooth in Cardiff on the Saturday and another in Swansea on the Monday."

On a "blind date" set up by mutual Scots friends in 1947, Coutts met Morag Fullerton under the statue of Eros in Piccadilly Circus, unaware they had been born within four days and four streets of each other in west Glasgow 29 years earlier. They married on 24 July, 1948.

In the post-war years, Coutts's experience and man-management skills were put to good use in various training assignments, often involving National Service recruits at Berwick, Dumfries, Barnard Castle in Durham and at the headquarters of the army's Scottish Command in Edinburgh Castle, where he also played a role in turning the Tattoo into the spectacle it is today.

From 1956-59, he served in Malaya and Singapore as commander D Company 1 KOSB, whose job, in the Gurkha Brigade, was to hunt down Communist guerrillas while fighting off mosquitoes and leeches. His close friend, KOSB Brigadier (retired) Allan Alstead, a platoon commander under Coutts at the time, recalled: "We went on long ambushes, sometimes for up to two weeks. No cooking, no washing, no smoking, no anti-mosquito spray. The enemy could smell all of these."

More overseas action followed for then Lt-Col Coutts from 1962-64, during the so-called "Indonesian-Malaysia confrontation" over the future of Borneo, when, based in Singapore as a general staff officer, he took part in the struggle against Indonesian-backed insurgents

From 1970-80, Brig Coutts held the honorary title of Colonel of the (KOSB) Regiment. During his later years, he was passionately and vocally opposed to the dilution, merging or disbandment of the Scottish regiments. He was an elder of the Church of Scotland from 1962 and deputy-lieutenant, the City of Edinburgh, from 1983 until his death. His second book, The Golden Thread, was published in 2006. Brig Coutts's wife, Morag, died in 2004. ............father and father-in-law of Fiona and John McCallum and Sheena and Alastair Scott. Grandfather Neil and Kirsty McCallum.